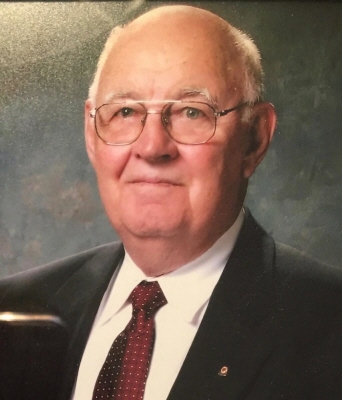 Passed away at the Brantford General Hospital on February 26, 2021 in his 94th year. A long-time resident of St. George, Ontario. Survived by his loving wife Cecilia (Van der Werf) and his three children Victor (Olive), Doug (Gayle) and Carol (Ron) Belair and numerous grandchildren and great grandchildren. Harry will be remembered for as the Founder of Witteveen Meats, St. George. As an active Life Member of the St. George Lions club since 1952, he was a believer in supporting the local community and served as a Councillor and Deputy Reeve of South Dumfries County Township and then went on to serve as Warden of Brant County. He also served on the Brantford General Hospital Board and was an active Life Member of the Brantford Club. His passion for life also included his love of his native land Friesian Horses which he bred and raised during his retirement years. He went on to serve as one of the Founding Directors of the Friesian Horse Association of North America and in 2009 was inducted to the FHANA Hall of Fame. Harry always took care of his family and has left many memories behind for all of them to cherish. He will be deeply missed by all those that loved him. As expressions of sympathy donations in Harry’s memory may be made to: St Josephs Lifecare Foundation, cremation has taken place. A family service will be held at a later date when we can all gather once again. Arrangements entrusted to McCleister Funeral Home, 495 Park Road N. Brantford. Condolences and memories may be shared with the family at www.mccleisterfuneralhome.ca

View all posts by: admin